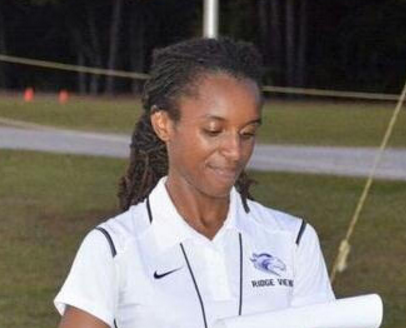 Sierra continued her running career at the University of South Carolina, setting a Personal Record of 2:10 at the outdoor SEC championships, missing the finals by one spot​.​ Her Collegiate History entails a 2:10:70 in the 800 m, 4:40:31 in the 1500 m, an 18:41:30 in the 5K​, and ​a 23:10:52 in the 6K​. During her Sophomore year, Sierra got married to Steven Oliphant Jr. After a plethora of injuries, Coach O moved her focus to academics her Junior and Senior years. She is the mother of 2 goofy, bubbly children — Ashtyn (4) and Zoe (8 months)​. She is currently pursuing her Master of Higher Education Administration at Columbia College so that she may serve students and/or athletes on the Collegiate level.

No Events This Week

Events are added by athletic staff.
View All Events