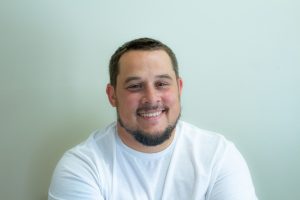 Ridge View High School announces the hiring of Coach Logan Raabe as its next Wrestling Coach.

Coach Logan Raabe (pronounced “Robby”) was born in Minot, North Dakota. His Dad was in the Air Force and his family moved to Sumter, SC when he was 8 years old.  He attended Sumter High School where he played football and wrestled.   He was a 4-year letterman in wrestling and 2-year letterman in football.

While at Sumter High he accumulated over 133 career wins and over 100 career pins. He placed 4th as a senior as well as set the SC pin record for pins in a season.  He then went to Limestone College on a wrestling scholarship from 2007-2012

After graduating he moved back to Sumter and became the assistant coach for Sumter HS from 2012-2015.   He then transferred to Edisto HS in 2016-2017 where he was voted as coach of the year in his first and only year as head of the program. He also had 3 state qualifiers that year.

For the past 2 years he has been at Laurens HS where he has had 2 State Qualifiers and 1 North South all-star selection.

We welcome Coach Raabe to the Blazer Family!

Cross Country AWAY at Northwestern
4:00 pm
View All Events